Today i am going to present the write up for HaskHell on TryHackMe.

First of all after having deployed the machine, we can run nmap on the targeted IP.

The link to submit exercise respond with a 404.
Also the following screen shows us that this teacher has already had hacker’s student

This also gives us a huge hint: We can submit a haskell script and it will be interpreted. So let’s try to make a reverse shell.

Also we need to find where to upload our script, let’s run dirb

Okay, now that we know where to put our script. Let’s write it!

I did not know anything about haskell so after some digging i found out that i had to save my script with .hs in the end for it to be recognized and executed by our target.

Also the text in homework1 specifies: « Your file will be compiled and ran and all output will be piped to a file under the uploads directory. »
This means that we will be able to see our output and errors in order to debug our script if we need (which was really helpful for me)

First i tried a simple ls

And i got this:

On pentestmonkey.net we find the following command:

So i tried a netcat with the -e option to specify what to do after the nc.
However, there were 2 errors on my case my port 1234 was busy and the netcat command on the target did not handle -e option. Resolving the first error is easy (changed my port to 8888) but not the second one 🙂
So the script that worked for me was the following one:

Indeed according to this website, the following command would be handled on the other netcat versions:

And then we get a shell:

And we can get the user flag:

Now that we got user we need to get root. But first let’s find to way to avoid having to connect through our webshell. Let’s try to use ssh. If we navigate to the user .ssh folder we have a key pair.
Let’s try to get those on our attacker machine by running python simple http server. 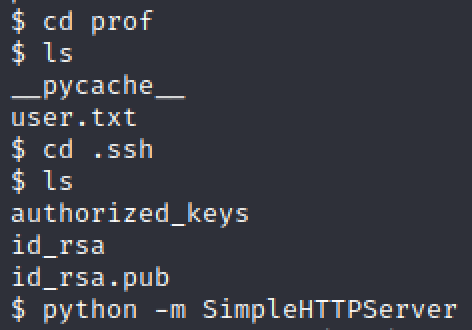 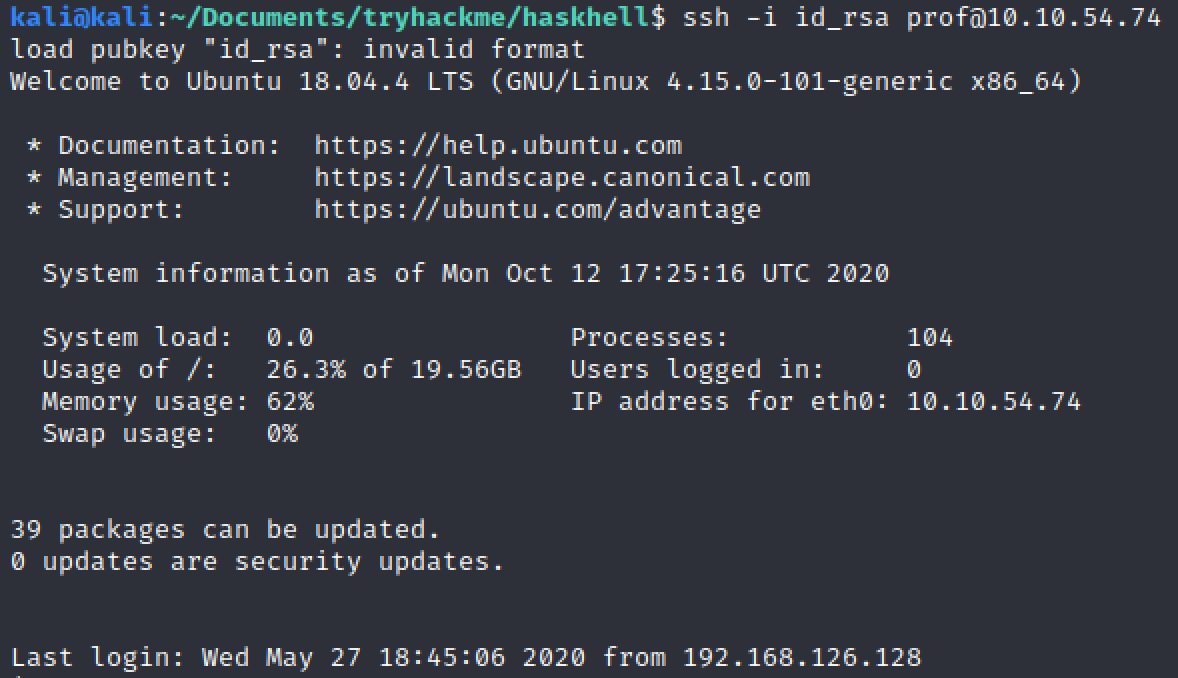 To have an interactive shell we can run this:

And there we go:

On our kali we run

And from our target we get it with:

Linepeas is very good but for this context we could have done a sudo -l before and this would have been it. It is a good habit to try this before doing anything else.

Here is what we get if we run flask:

Well it is something very useful. We know that we need to write a script and launch it as root. In my case i did a reverse shell but it can be even easier to just launch a shell with a python command.

Here is the reverse shell i did with a script:

We then just have to set up a new listener on our attacker machine:

Se export our script to our env (target machine)

And we run our script as root from the target machine:

We get a shell from our attacking machine. So let’s run our command to get an interactive shell:

We now have the root flag: